An exciting new initiative is being launched today with an ambitious target to deliver a world-first $160m p.a. industry, exporting 1,100 tonnes of sustainable Australian grown Tropical Rock Lobster and creating thousands of jobs in the next decade.

Two Australian companies, Ornatas and Maxima, have joined forces as part of a large cooperative effort to trial sea raft grow-out for Tropical Rock Lobsters in Cone Bay. If successful, the project will open the door to create a whole new industry for Australia.

The project is funded by the CRC for Developing Northern Australia (CRCNA), as part of the Australian Government’s CRC Program, with additional support from the Fisheries Research and Development Corporation (FRDC). Australia’s Tropical Rock Lobster is an exquisite seafood, in high demand globally for its superb texture and taste, commanding a premium price in Asian markets.

Currently, Tropical Rock Lobsters are fished across Northern Australia, including the Torres Strait. Aquaculture efforts in South East Asian countries rely on capturing juveniles from the wild, placing pressure on wild stocks in those regions. The project is underpinned by world-first science and breeding technology, developed by the University of Tasmania’s Institute for Marine and Antarctic Studies IMAS - technology that has closed the species’ complex life cycle, and has paved the way for the establishment of a new sustainable Tropical Rock Lobster aquaculture industry.

Ornatas has successfully commercialised this technology in partnership with IMAS and now has a fully operational Tropical Rock Lobster hatchery in Northern Queensland. The next step is to grow the lobster to market size, this is what is planned for trial at the new facility in Cone Bay. To make this next step successful, this project will focus on six research areas: environment; raft design; translocation, lobster health and biosecurity; feeding strategies; lobster growth performance; and market acceptability.

“Ornatas and Maxima have teamed up with the best and brightest in Australia’s seafood industry and aquaculture research community. The project partners bring expertise across the production-to-market pipeline. Collectively we are investing over $4.5 million in this initiative in WA. We are all focused on making what was once impossible, possible.” Scott Parkinson, CEO Ornatas

If successful, this will be a new 100% Australian grown product and the foundation of a whole new aquaculture industry.

“The optimum growing environment, our existing investment in infrastructure and the opportunity to collaborate and work with traditional owners, and the North Regional TAFE, sets the foundation for a successful partnership. We are committed to pioneering Tropical Rock Lobster raft grow-out in Western Australia.” John Hutton, Managing Director, Maxima The Opportunity Group.

Ornatas estimates direct employment in the sector for over 120 people in northern QLD, northern WA and Tasmania, with 100 of those jobs in Northern Australia by 2030.

This $4.5 million project has the hallmarks of a truly transformative body of work, delivering a high-quality, sustainable Australian seafood to high value domestic and export markets and potentially creating thousands of direct and indirect jobs for Northern Australians, over the next decade.

The CRCNA congratulates Ornatas, Maxima and other participants for their vision and approach to include local Indigenous communities in their plans to build capacity and skills in the aquaculture sector for the longer term, even beyond the CRCNA’s initial project scope.” Anne Stünzner, CEO CRCNA

“We have a lot to learn in the research project in the next three years to achieve the new industry vision. We are particularly excited to help create, grow and scale Traditional Owner-led businesses in the region. The project will support ongoing training informed by the project research findings - an opportunity for people with experience in the aquaculture industry and those just starting in the industry. We hope there will be substantial benefits flowing on to local and wider communities.” Jennifer Blair, Research and Development Manager, Ornatas.

The next step for the project is to consult with the steering committee who will provide expert direction to identify the research trial sites, kick starting the project.

The project launch is taking place at the North Regional TAFE Aquaculture Centre in Broome on 25 May 2021.

“This project is a really unique and exciting example of Austrlaian ingenuity, innovation and determination. This research into Raft Culture in Northen WA is a signficant step forward toward a sustainable future for Australian Aqaculture.” Scott Parkinson, CEO, Ornatas Pty Ltd 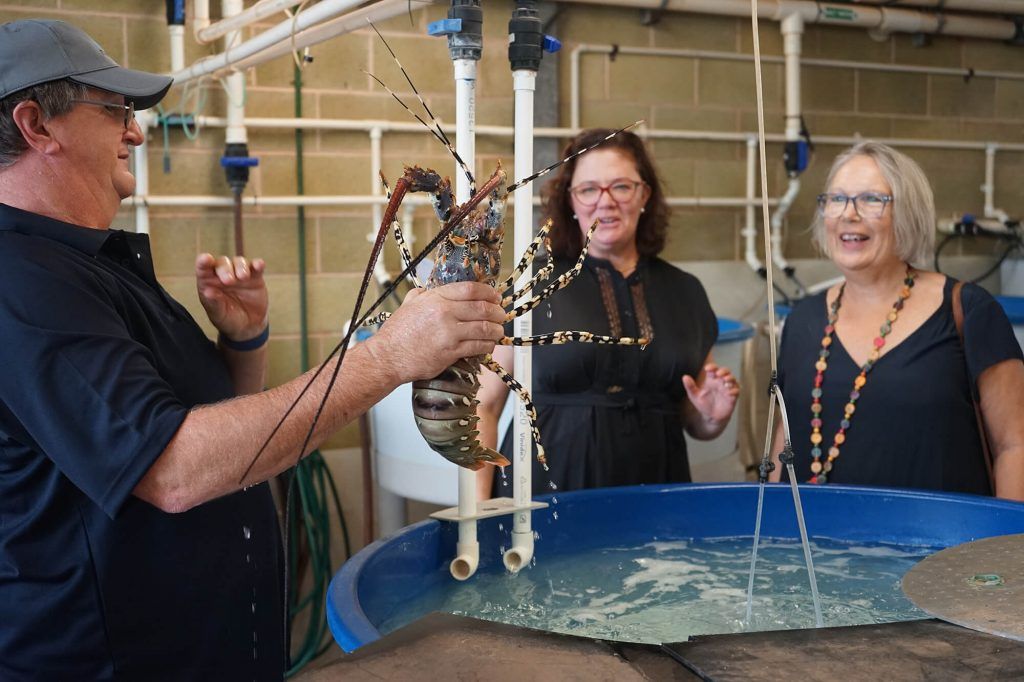